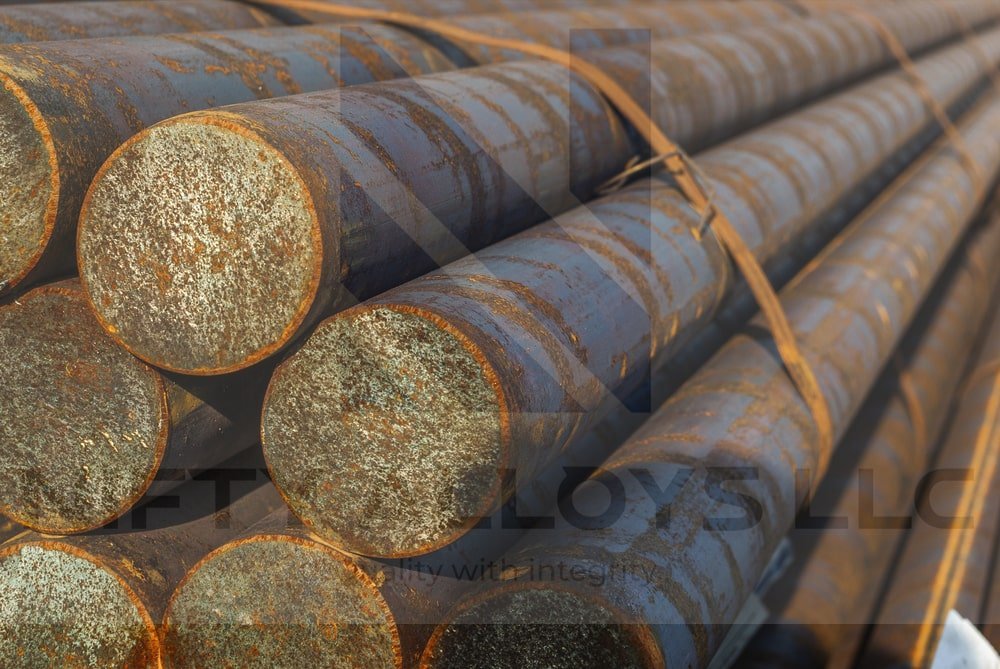 Cast iron can also be further optimized by alloying with small quantities of manganese, molybdenum, cerium, nickel, copper, vanadium, and titanium before being cast.

Depending on the silicon content of the cast iron, it is classified as either white cast iron or grey cast iron and may be treated further under particular temperatures to produce malleable or ductile cast iron.

Cast Iron bar is used widely in a wide range of sectors such as the glass, automotive, machine tools and oil and gas industries. Typical applications include pistons, valve bodies, moulds, dies, cams, gears and pulleys.

Cast Irons remain the most used casting alloy despite a large reduction in production over the years. Their popularity stems from relatively low cost production costs and the wide range of properties that can be achieved by careful control over composition and cooling rate without radical changes in production methods. For engineering applications cast irons are available in two common types, grey flake irons and spheroidal graphite irons.

Grey flake irons are the most used of the general engineering irons. The name derives from the characteristic grey colour of the fracture surface and the graphite morphology. They are readily machineable and are resistant to sliding wear. They have high thermal conductivity, low modulus of elasticity and an ability to withstand thermal which makes them suitable for applications subjected to local or repeated thermal stressing. The properties of grey flake irons depend on the size, amount and distribution of the graphite flakes and the matrix structure. Grey Iron is produced under austere metallurgical conditions. It is processed according to section thickness to give a dense homogeneous structure, which enables consistent mechanical properties and a good surface finish on machining. There are small graphite flakes in continuous cast iron bar which acts as chip breakers to cutting tools. Grey Iron has a much greater damping capacity than that of steel, so it will absorb vibrational stresses that much more easily.

Also known as ductile, nodular and spherulitic its introduction is usually credited to the presentations made at the American Foundryman’s Congress in Philadelphia USA in 1948 with rapid increased production in the later part the the 20th century. Spheroidal graphite irons are inferior to grey irons in respect to physical properties such as thermal conductivity but exhibit better mechanical properties. The make suitable alternatives to steel and grey irons. Spheroidal graphite iron production aims for fine and uniform distribution of perfectly shaped spheroids which helps achieve good mechanical properties. The strength and ductility of SG irons are comparable to that of low carbon mild steels and low alloy steels. As with grey irons the small graphite nodules act as chip breakers, allowing fact machining rates. The wear resistance, self-lubricating and oil retaining properties of SG irons are also excellent.

Cast Iron and Spheroidal Graphite Iron grades are also available produced as castings. Castings can sometimes be offered as an alternative option when no suitable size or grade is available in continuous cast bar.

Quote us today if you have any inquiries.

Get In Touch With Us